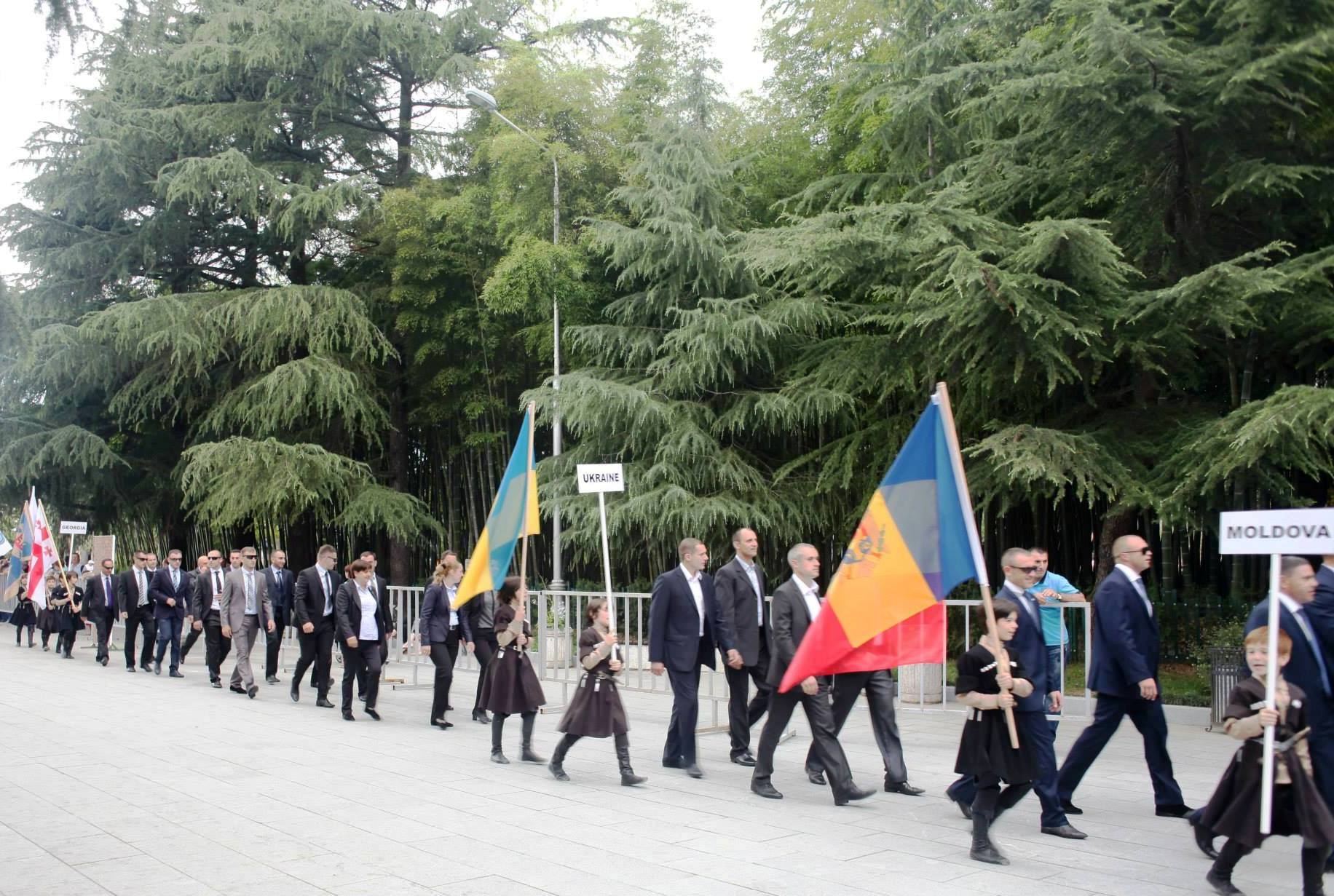 International Bodyguard Championship - “Batumi 2014” held in Batumi City. The aims of tournament focused on improvement of skills of personal bodyguards and also demonstration of their skills and abilities during performing their duties.

Also, results of tournament aims to share experience among the state protection services of foreign countries and to develop relations among them with their joint efforts.

The International tournament of bodyguards established in 1999 and annually was holding in Yalta, Ukraine. There were participating teams of – Romania, Bulgaria, Moldova, Ukraine, Belorussia and Georgia.

The members of delegation of the United States of America, Israel, Azerbaijan and Kazakhstan were attending at the tournament as the guests of honor.

The main sponsor of tournament was company SOCAR.

At the 1st day of tournament participants demonstrated how to find explosives, how to protect, avoid threats and provide safe evacuation of pedestrian public officials. Also, they demonstrated technique of hand-to-hand wrestling.

For detection of explosives the 1st place got the team of the Main Division of A/Republic of Abkhazia.

The 2nd place went to the  team of state protection service of Moldova.

And the 3rd place got team of the Main Division of A/Republic of Adjara.

The team of SSPS of Georgia went to the 1st place for demonstration of providing safe protection.

And the third place went to the  team of Protection Service of President of Belorussia.

The 2nd place got Mr. Grigol Gogoladze from SSPS of Georgia.

And the 3rd place went to Aleksey Spjum from Moldova.

At the second day of tournament was holding firearms shooting activities and also was demonstrating skills of protection of public officials. The last stage of tournament was represented by the car racing and participants were overcoming obstacles on the road.

The 1st place got Vepkhia Bregvadze (SSPS – A/ Republic of Adjara)

The 2nd place went to Gabriel Treistarum from Romania.

At first in history of international tournament, there was demonstrating yacht for providing safety and security of public officials.

Finally, solemn closing ceremony of the International Bodyguard Championship - “Batumi 2014” held in summery theater in Batumi. The participants were awarded by the deputy heads and chief of SSPS of Georgia. Also The Ambassador of The United States of America to Georgia Mr. Richard Norland attended at the ceremony.